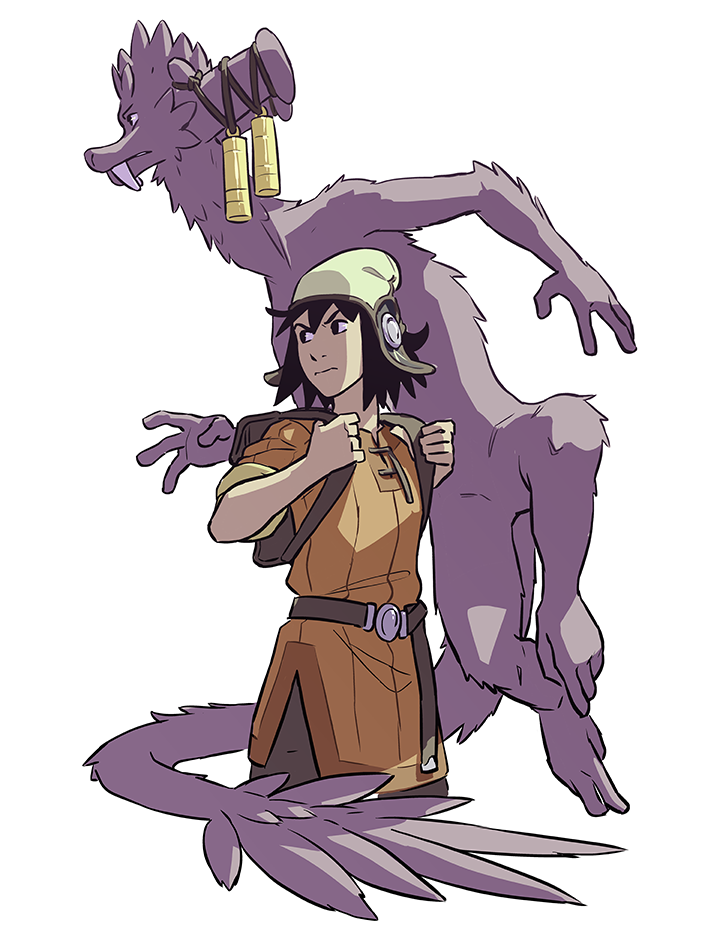 As you probably noticed, there haven’t been any Stonebreaker updates since March. This isn’t because I’m giving up on the comic — far from it! — but because I’m working on the next Avatar: The Last Airbender comics. It turns out that trying to handle two big projects at the same time is way too much work, so, unfortunately, I’m going to have to put Stonebreaker aside till Avatar is done around late 2018 or early 2019. Frankly, I’ve already been on de facto hiatus for a few months, but it’s time I actually acknowledge it. Rather than rushing pages and driving myself crazy with missed deadlines, I need to step away for a bit. The comic will be better for it.

That said, there will still be some big Stonebreaker news this year! I don’t want to say too much yet, but the best way to keep up with what I’m doing is probably on twitter, and I’ll also still put important news on this website. Other than that, Stonebreaker is on pause.

Anya and Toris have been running away from giant monsters since 2013, after all. They could use a few months break.

Thank you all so much for reading!

7 responses to “Stonebreaker is on Hiatus until 2019”

This site uses Akismet to reduce spam. Learn how your comment data is processed.